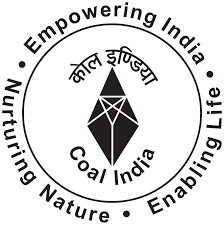 Bharat Coking Coal Limited (BCCL) is a subsidiary of Coal India Limited with its headquarter in Dhanbad, India.

Bharat Coking Coal Limited (BCCL) is a subsidiary of Coal India Limited with its headquarter in Dhanbad, India. It was incorporated in January, 1972 to operate coking coal mines (214 in number) operating in the Jharia and Raniganj Coalfields and was taken over by the Government of India on 16 October 1971.
The company operates 81 coal mines which include 40 underground, 18 opencast and 23 mixed mines as on April 2010. The company also runs 6 coking coal washeries, two non-coking coal washeries, one captive power plant (20 MW), and five by-product coke plants. The mines are grouped into 12 areas for administration purposes.
BCCL is the major producer of prime coking coal (raw and washed) in India. Medium coking coal is produced in its mines in Mohuda and Barakar areas. In addition to production of hard coke, BCCL operates washeries, sand gathering plants, a network of aerial ropeways for transport of sand, and a coal bed methane-based power plant in Moonidih.
Current situation:
Bharat Coking Coal Limited gave an annual coal production of around 37.04 million tonnes in 2016-17 with a turnover of ₹11,505 crore (US$1.6 billion). It has a manpower of about 49,901 as on 01.10.2017.

Kolkata: All India Public Sector Athletics Meet was held from 5th to 7th February 2020 at Kolkata. Athletes from CIL and its Subsidiaries as well as other PSUs participated in the various categories of sports organized during the event.   Sri Praveen Chandra Mishra posted as a mechanic a
Posted Date :  11-02-20

New Delhi: In purview of the vision of Sri P.M Prasad, Hon'ble CMD BCCL and Sri R.S Mahapatra, Hon'ble D(P) to have a healthy workforce, a workshop on Diabetes prevention and cure was succesfully carried out on 18.1.20 at Level III Conference Hall Koyla Bhawan, organised by Welfare Depart
Posted Date :  18-01-20

A meeting with tenants of Jharia coalfields

BCCL takes off to new beginnings

Shri Samiran Dutta Takes Over as Director of Finance at BCCL