This 500 MVA 400/220/33 kV Autotransformer has been designed and manufactured at BHEL’s Bhopal plant for UP Power Transmission Corporation Limited. 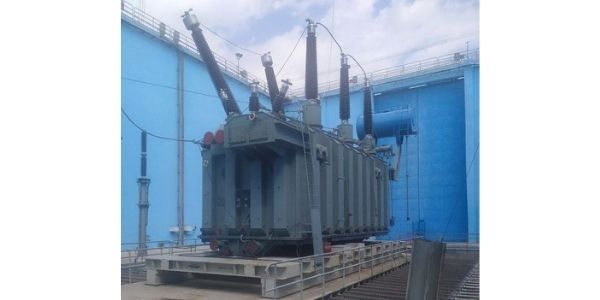 Madhya Pradesh: Bharat Heavy Electricals Limited (BHEL), the country’s largest and oldest capital goods manufacturing company has successfully manufactured and tested (short circuit) India’s highest rating Auto Transformer at the National High Power Test Laboratory (NHPTL) at Bina in Madhya Pradesh.
Significantly, this is a new benchmark in the global transformer industry. The short circuit test is the most stringent, special type test for power transformers which is conducted to prove the adequacy for power transformers to withstand abnormal conditions of a short circuit to ensure reliability during their operations in the field. Incidentally, this is BHEL’s 21st 400 kV class transformer, which has successfully passed the short circuit test, indicating the company’s prowess in the sector.
This 500 MVA 400/220/33 kV Autotransformer has been designed and manufactured at BHEL’s Bhopal plant for UP Power Transmission Corporation Limited. These high rating transformers play a crucial role in bulk power transmission to load centers and bigger cities.
BHEL is the largest manufacturer of power transformers in India and a pioneer in the indigenous development of higher rating and specialized transformers, with voltage levels going up to 1200 kV class.
BHEL’s Transformer Plant at Bhopal has a world-class, state-of-the-art facility, which is on par with its global peers and is fully equipped to meet the expectations of utilities in India as well as abroad in the entire range of Power Transformers and Shunt Reactors.