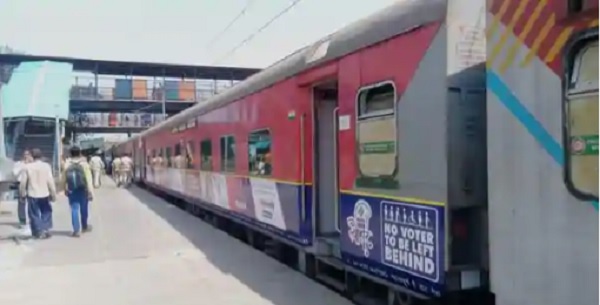 Noida: Indian Railway Catering & Tourism Corporation has developed a live streaming mechanism that will allow passengers to view food preparation and packaging process at various base kitchens over Indian Railways. Chairman Railway Board Shri Ashwani Lohani has inaugurated the live streaming of base kitchens into the public domain on IRCTC’s website.
IRCTC had earlier launched an Artificial Intelligence tool that uses CCTV footage to detect anomalies in hygiene level and communicates to various concerned individuals to take regulatory action. This module has been developed in association with the Artificial Intelligence and vision computing company called Wobot.
Live streaming will go a long way in increasing transparency and public confidence in the quality of food cooked at IRCTC monitored Base Kitchens. This live streaming can be accessed by anyone on IRCTC’s website under the gallery link.
Earlier in the day, the Chairman also inspected food preparation at the state-of-the-art IRCTC’s Central Kitchen at Noida. The kitchen serves 10,000/- meals a day for seventeen Rajdhani, Shatabdi and Duronto trains departing from New Delhi/H. Nizamuddin/Anand Vihar  Railway Stations. While appreciating the scale of operations at the kitchen he stated that the existence of a dedicated food testing lab is a unique feature of IRCTC’s catering operations for Indian Railways. Such facility is conspicuous by its absence in airline catering sector he said. The kitchen is implementing rationalized menu for select Rajdhani and Duronto trains at present.