They were rescued quickly and handed over to Bangladesh Coast Guard. 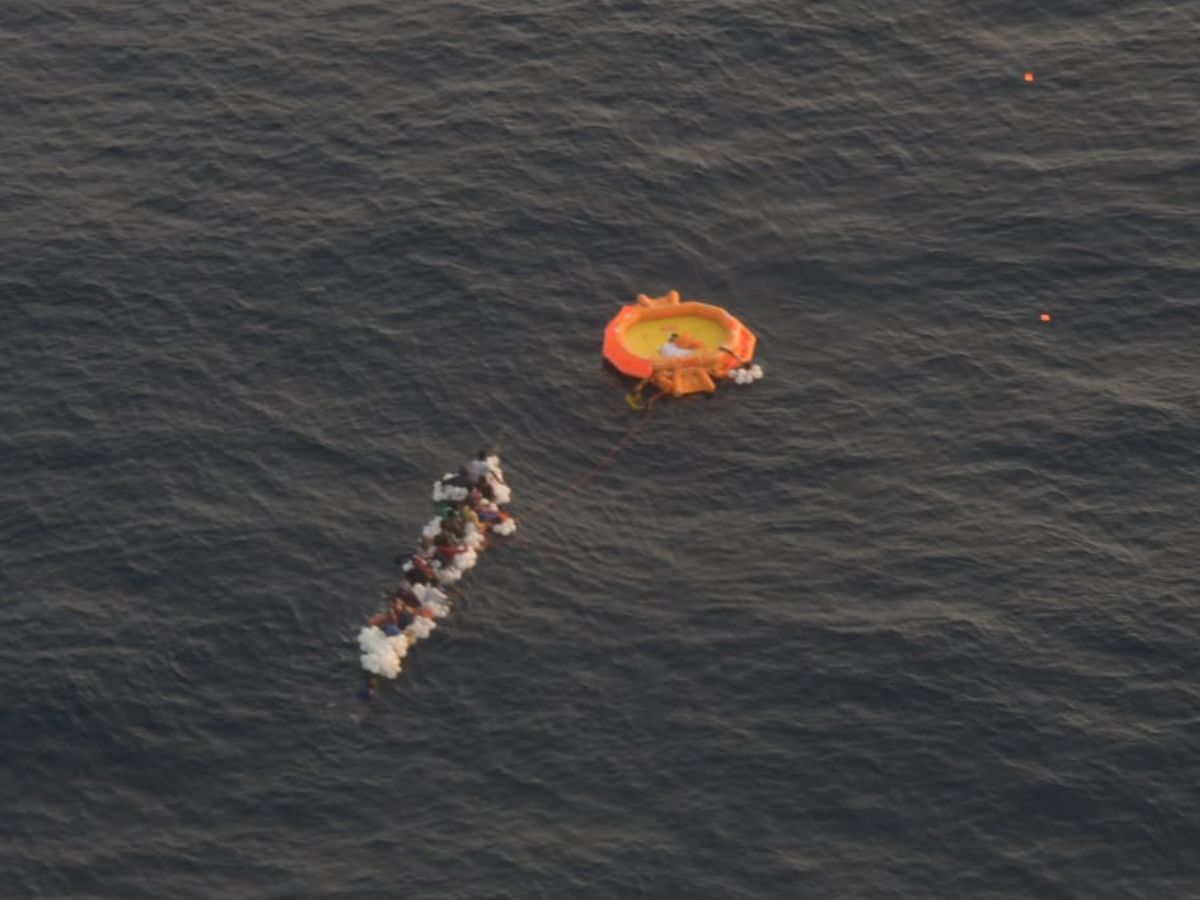 In a swift coordinated Search and Rescue (SAR) operation, ICG saved their lives after the Coast Guard Dornier aircraft on surveillance sortie of the post landfall of cyclone “SITRANG” sighted their capsized boats and alerted the SAR team. They were rescued quickly and handed over to Bangladesh Coast Guard.

ICG had launched its Dornier aircraft post landfall of cyclone “SITRANG to sanitize the area close to the coast off Odisha and West Bengal and to render assistance to the mariners affected by the cyclone. During the surveillance sortie, ICG Dornier aircraft sighted approx 20 persons in water about 90 NM form IMBL as their boats had capsized in the cyclone.

The survivors were clinging onto the floats and debris from sunken fishing boat. ICG dropped life raft in the vicinity and remained in area till survivors embarked the life raft.

Then the ICG aircraft diverted merchant vessel “Nanta Bhum”, which was in vicinity during its passage from Port Klang in Malaysia to Kolkata, directing it to pick up the 20 persons from the life raft dropped by it.

It is pertinent to mention that the Indian Coast Guard in coordination with State Governments of Odisha and West Bengal, had initiated pre-emptive and preventive actions as per its laid down standard operating procedure to mitigate the risk posed by impending weather/ cyclone and ensured the timely and safe return of all fishing boats in aftermath of the receipt of first indication of formation of  “low pressure area” forecasted by IMD regarding cyclone “SITRANG”. The advisory was also shared with Bangladesh Coast Guard. Throughout the passage of cyclone weather, advisory was aired by ICG through Radar Station and Remote Operating Stations.