As a part of the ongoing Awareness campaign on the fight against COVID the CSR teams of Metallurgical & Engineering Consultants Limited (MECON) which is a Public sector undertaking under the Ministry of Steel of the Government of India, distributed masks and soap in Pancha and Sungi village. 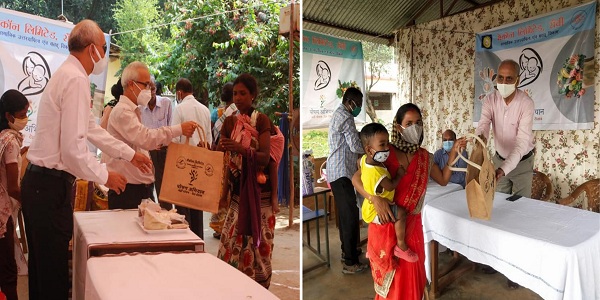 NTPC CSR initiatives through e-VOICE shape future of nearby youth

Uttar Pradesh: Northern Coalfields Limited provided financial assistance of Rs 90 Lakh to the District Administration of Sonebhadra (U.P.) under CSR initiatives for procurement of medical equipment to strengthen the health infrastructure and contain the spread of COVID-19 in the district. On We
Posted Date :  16-06-21

New Delhi: Power Grid Corporation of India Limited (POWERGRID), a Maharatna CPSU under Ministry of Power, Government of India installed an Oxygen Plant at District Hospital, Jaisalmer, which was inaugurated by Chief Minister of Rajasthan Shri Ashok Gehlot. The plant has been built at an esti
Posted Date :  05-06-21