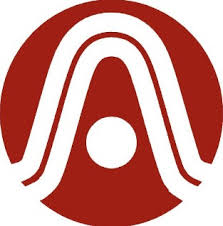 National Aluminium Company Limited, abbreviated as NALCO, has units in Odisha at places like Angul and Damanjodi. It was incorporated as a public sector enterprise of the Ministry of Mines, Government of India in 1981.

National Aluminium Company Limited, abbreviated as NALCO, (incorporated 1981) has units in Odisha at places like Angul and Damanjodi. It was incorporated as a public sector enterprise of the Ministry of Mines, Government of India in 1981.
It is Asia's largest, and the sixth largest, integrated aluminium complex, encompassing bauxite mining, alumina refining, aluminium smelting and casting, power generation, rail and port operations.
Commissioned during 1985–87, NALCO produced and exported alumina and aluminium.
The main units of NALCO are at Damanjodi (Mines & Refinery complex) and Nalconagar, Angul (Smelter & Power Plant Complex). The Bauxite mines called "Panchpatmalli Mines" is situated atop a set of five mountains called Panchpatmalli. These mines are open cast mines. The refinery complex for producing bauxite is located in Damanjodi. The smelter unit of NALCO is located in Nalconagar, Angul. The company's headquarters are located in Bhubaneswar, which is the capital of the Indian state of Odisha.
It is expanding by currently employing new projects. The ongoing second phase of expansion is set to make it the sixth largest producer of the metal in the world. The recent disinvestment issues, for the alumina giant, finally settled down after the central government decided not to disinvest profit making PSUs which meant that NALCO would not be privatised and continue to be a complete Govt of India Enterprise PSU.
The Company received Indira Priyadarshini Vrikshamitra Award from Govt. of India for its contribution in the field of afforestation and wasteland development. The 1200 MW Captive Thermal Power Plant of the Company also received the prestigious Indira Gandhi Paryavaran Puraskar for the year 2000 from Govt. of India for its outstanding contributions in the field of environment management. The Company and its Units have received various National, State and Institutional awards for excellence in Safety & Environment Management[citation needed].
Nalco received ISO 9001:2000 awards and OHSAS 140001 for its excellence in production technology & occupational health & safety systems respectively.

Bhubaneswar: National Aluminium Company Limited (NALCO), the Navratna CPSE, and leading producer of alumina and aluminum in the country has been granted the mining lease of Utkal-E coal block.   The lease has been granted by the Department of Steel & Mines, Government of Odisha, throu
Posted Date :  16-04-21

Bhubaneswar: The bridge coal linkage to the captive power plant of aluminum major National Aluminium Company Limited (NALCO) is likely to be extended for two more years. The Standing Linkage Committee of the Ministry of Coal has recommended the extension up to March 31, 2023.  It is consider
Posted Date :  09-03-21

Bhubaneswar: “It is indeed commendable that NALCO, which started with a modest investment way back in 1981 continues its leadership position with excellent performance for more than four decades. Forty glorious years of sustainable growth reflects the fact that NALCO has matured in the busines
Posted Date :  07-01-21

Bhubaneshwar: National Aluminium Company Limited (NALCO) celebrates its 41st Foundation Day, the 41 glorious years in the industry. The Occasion was attended by the Union Minister of Parliamentary Affairs, Coal and Mines Shri Pralhad Joshi as a chief guest.  NALCO is Leading with exceptional
Posted Date :  07-01-21

NALCO's Port Facility at Vizag is all set to get a fillip with a new facility in Vizag port. This will give NALCO flexibility & efficiency of handling alumina ship & caustic soda ship simultaneously, leading to saving of time Ministry of Mines, Government of India Pralhad Joshi &n
Posted Date :  18-11-20

Bhubaneswar: Despite the challenging business environment, National Aluminium Company Limited (NALCO) registered a net profit of Rs. 107.45 crore in Q2 of FY21. During the quarter, the revenue from operations have been Rs. 2375 crore, registering 72% growth over Q1 of FY21. In the first quarter o
Posted Date :  11-11-20

Bhubaneswar: Shri Manasa Prasad Mishra, has taken over as the new Director (Projects & Technical) of the Navratna CPSE National Aluminium Company Limited (NALCO). Prior to the present assignment, Shri Mishra was serving in the Company as Executive Director of Smelter and Power Complex at Angu
Posted Date :  02-11-20

NALCO in agreement with cement for major supplies

Bhubaneswar: National Aluminium Company Limited (NALCO) has entered into the aggrement with cement for the first time to supply the major significant volume of fly ash on long-term basis.   This is an initiative towards effective ash management of the Company. Pralhad Joshi Mini
Posted Date :  26-10-20

New Delhi: NALCO adds another feather in its cap. In recognition of Excellence in CSR, NALCO has been conferred with the 10th PSE Excellence Award by the Indian Chamber of Commerce. The Award is an initiative to salute Gamechangers & contributors to the Indian economy Pralhad Joshi
Posted Date :  14-10-20

Bhubaneswar: National Aluminium Company Ltd., the Navratna CPSE under the Ministry of Mines, Government of India held its 39th Annual General Meeting on the virtual platform today.   Speaking on the occasion of the 39th AGM, Shri Sridhar Patra, CMD, NALCO, said that, “Year 2019-20 has
Posted Date :  30-09-20