The Jiribam-111 km long Tupul-Imphal rail line involves construction of a total 45 tunnels. Tunnel Number 12 with a length of 10.280 kilometres, will be the longest tunnel in the northeast and second in the country. 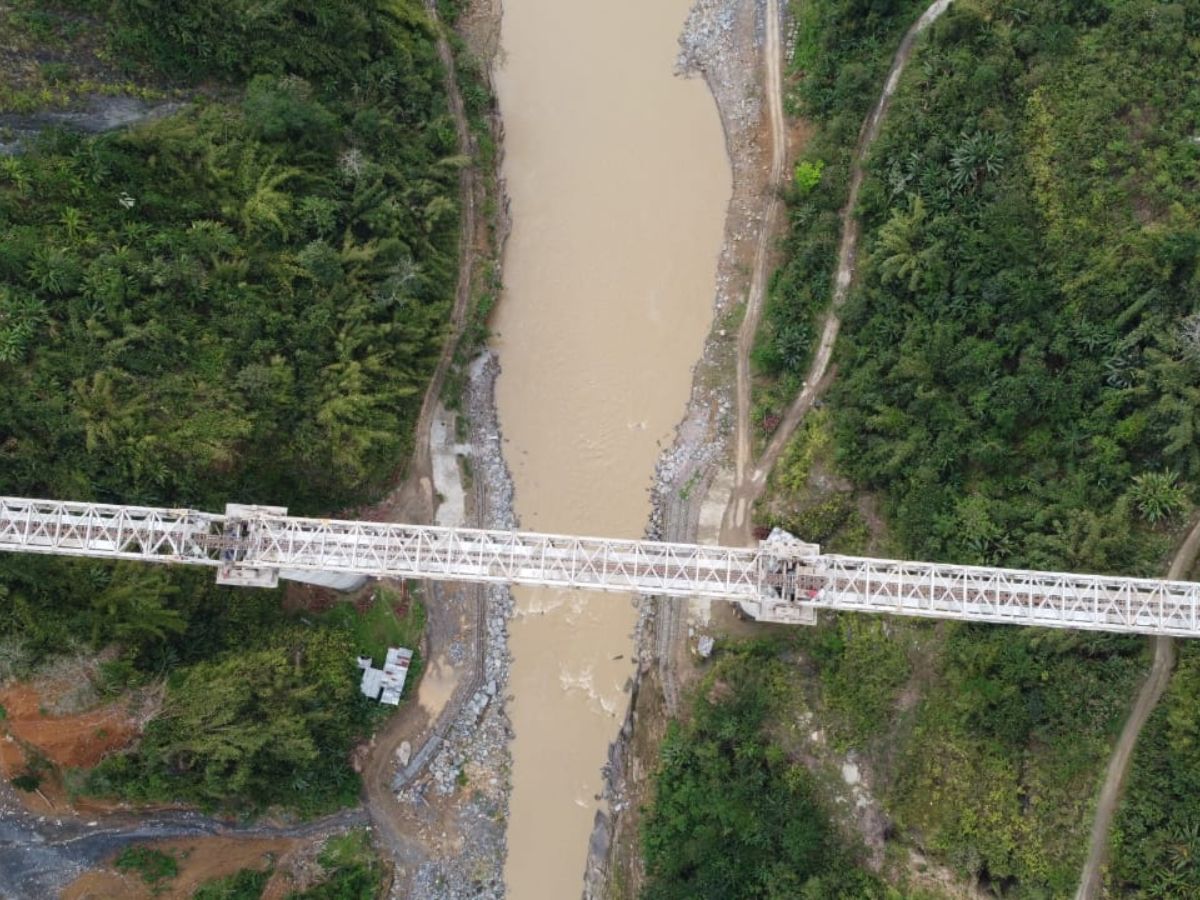 New Delhi: The Jiribam-Imphal railway which is being taken up as a national project is all set to meet its completion target, that is, December 2023, said Union minister of state for railways and textiles Darshana Vikram Jardosh said here on Thursday.

Union Minister was in Imphal on a four-day visit to the state. During her camping in the state, the Union minister personally inspected the progress works of the ongoing 111 km long railway line project, taken up in an estimated cost of Rs 12,264.15 crore.

The project is targeted to complete by December 2023.

“The works are progressing well and I am sure the project will meet its completion target,” the Union minister said.

She said that the construction of the highest bridge as well as the tunnels is now 50% completed. Once the project is completed, it will not only enhance the connectivity of Manipur with other major cities of the country but also bring about a marked change in the tourism sector of the state.

She said that the scenic beauty which can be seen from the stretch of the railway line, the project has many futures like world’s highest railway bridge and second longest railway tunnel which would attract tourists.

She lauded the Manipur government for extending full cooperation to the NFR in the implementation of the project.

The Northeastern Frontier Railway in consultation with the state government will develop picnic sites at various locations of the railway line, she said.

Indian railways always take into account tourism while implementing railway projects and the project implemented in the state has a great tourism potential, she asserted.

Recalling the recent devastating landslide tragedy at the railway project site at Marangching in Noney district, the Union minister said that all safety measures to prevent occurrence of such tragic incidents will be put in place along the whole stretch of the railway line.

Alarm system will be installed at strategic locations and for this consultations with the IIT and other pertinent authorities are being held.

She said that the Union railway ministry took the tragic incident seriously and was always concerned about the safety of the passengers, she added.

The Union minister also lauded the authorities of the Northeastern Frontier Railways on learning that they are using geotextiles and agro-textiles products in the implementation of the project.

The Jiribam-111 km long Tupul-Imphal rail line involves construction of a total 45 tunnels. Tunnel Number 12 with a length of 10.280 kilometres, will be the longest tunnel in the northeast and second in the country.

The tallest pier bridge is being developed across the valley of river Ijei near Noney with a pier height of 141 metres.

Attending the press conference, general manager Shri Anshul Gupta of NFR said by September this year, the track lying work upto Khongsang will be completed and train services will be started upto the completed portion.

All safety measures and a tragic warning system of the latest technology will be installed. Consultants have been appointed for this purpose.

Responding to queries from the reporters, he said that the survey for the extension of the railway from Imphal to Moreh has already started and once the survey is completed and the ground work will be commenced as soon as the Central government once sanctioned the project.