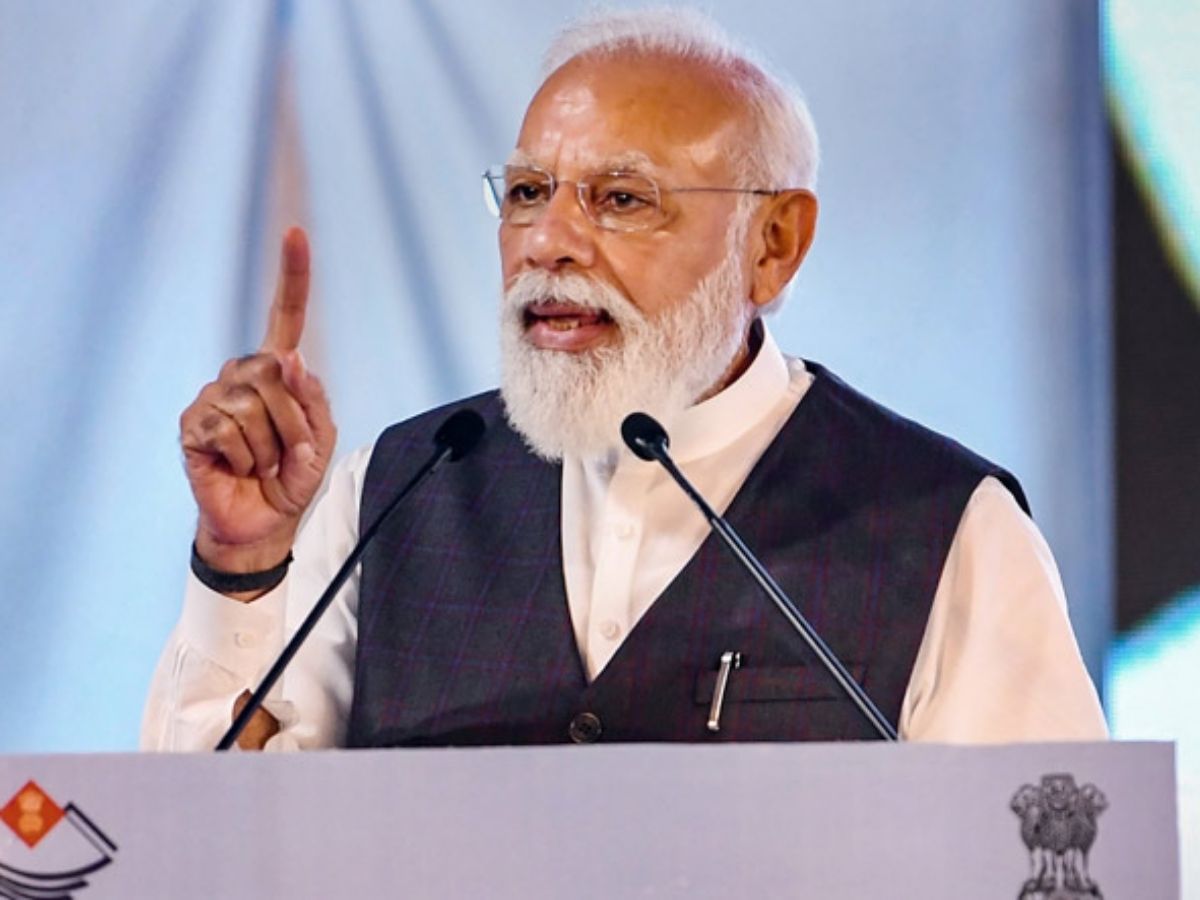 In a one of its kind event being held as part of Azadi ka Amrit Mahotsav, Khadi Utsav is being organized to pay tribute to khadi and its importance during the freedom struggle. The Utsav will be organized at Sabarmati Riverfront, Ahmedabad and will witness 7500 women khadi artisans from various districts of Gujarat spinning charkha live at the same time and at the same place. The event will also feature an exhibition showcasing the “Evolution of Charkhas” by displaying 22 Charkhas from different generations used since 1920s. It will include charkhas like “Yerwada Charkha” which symbolises the charkhas used during the freedom struggle, to the charkhas with latest innovations and technology used today. A live demonstration of the production of Ponduru Khadi will also be done. During the event, Prime Minister will also inaugurate the new office building of the Gujarat Rajya Khadi Gramodyog Board and a foot over bridge at Sabarmati.

The state of the art Smriti Van Earthquake Museum is segregated in seven blocks based on seven themes: Rebirth, Rediscover, Restore, Rebuild, Rethink, Relive and Renew. The first block is based on the theme Rebirth depicting Earth’s evolution and ability of the earth to overcome every time. The second block showcases Gujarat’s topography and various natural disasters that the state is vulnerable to. The third block  takes one back to the immediate aftermath  after the 2001 earthquake. Galleries in this block address the massive relief effort undertaken by individuals as well as organisations. The fourth block showcases Gujarat’s rebuilding initiatives and success stories post 2001 earthquake. The fifth block prompts the visitor to think and learn about different types of  disasters and future readiness for any type of disaster at any time. The sixth block helps us to relive the experience of an earthquake with the help of a simulator. The experience is designed in a 5D simulator and is meant to give the visitor the ground reality of an event at this scale. The seventh block provides people with a space for remembrance where they can pay homage to the lost souls.

Prime Minister will address a programme marking the commemoration of 40 years of Suzuki in India, being held at Mahatma Mandir, Gandhinagar. During the event, Prime Minister will lay the foundation stones of two key projects of the Suzuki group in India - the Suzuki Motor Gujarat Electric Vehicle Battery Manufacturing Facility at Hansalpur, Gujarat and Maruti Suzuki’s upcoming vehicle manufacturing facility in Kharkhoda, Haryana.

The Suzuki Motor Gujarat Electric Vehicle Battery Manufacturing Facility at Hansalpur, Gujarat will be set-up with an investment of around Rs. 7,300 crores to manufacture Advance Chemistry Cell batteries for Electric Vehicles. The vehicle manufacturing facility in Kharkhoda, Haryana will have the potential to manufacture 10 lakh passenger vehicles per year, making it one of the largest passenger vehicle manufacturing facilities at a single site in the world. The first phase of the project will be set up with an investment of over Rs. 11,000 crores.