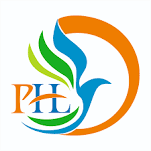 Pawan Hans Limited is a helicopter service company based in New Delhi, India. Pawan Hans is a Mini Ratna-I category PSU. It has cumulatively flown more than 1 million hours and has had 2.5 million landings on its fleet since its formation. The operations are based at the Juhu Aerodrome in Vile Parle (West), Mumbai.

Pawan Hans welcomes you to explore the world of premier Helicopter services in Indian Geography. Helicopter services are now a vital component of civil aviation in India. The flagship helicopter service provider of the Government of India, Pawan Hans has now evolved into south Asia's largest Helicopter Company that maintains and operates a fleet of 43 Helicopters. It provides a variety of services, making it the most trusted brand in the area of helicopter services. Off -Shore operations, connecting inaccessible areas, charter services, search and rescue work, VIP transportation, corporate and special charters, hotline washing of insulators and Heli-pilgrims are some of the major services of Pawan Hans. As a first of its kind, PHL has been granted Air Operators Permit for Scheduled Operations. Scheduled Flights under RCS UDAN II has commenced in the state of Himachal Pradesh and services are planned to be extended in the states of Uttarakhand, Assam and Manipur shortly.

Over a period, PHL has logged more than 1 Million Flying hours and Lakhs of Landings and also plans to become a 100 Helicopter company by 2027. Further to strengthen its core business, Pawan Hans is diversifying into the fields of Seaplane, small Fixed Wing Aircrafts, Training & Skill Development, Safety Audit & Consultancy, Foreign Projects and creation of infrastructure such as Heliports and Helipads as well. PHL has been commissioned as consultants for developing 31 heliport in 05 states of Himachal, Uttarakhand, Arunachal Pradesh Assam and Manipur.

Since 1985, we have been dedicated to provide Helicopter Air Transport and have grown to become the most experienced Air Transport service provider in the industry. Transcending our three-decades of experience in aviation, we continue to maintain our industry leading position. However, we are committed to connect every corner of the nation is complete and comprehensive.

A quarter of a century is a very short period of time for any organization in any industry to achieve a leading position, national level success and national pride. Yet, with its major contribution to the services provided for the oil and gas exploration sector by Pawan Hans Limited and to the most important transport sector of connectivity from the far-flung areas of the country, it has achieved significant milestones from helicopters and sectors in South Asia. It has made its place among the largest operators of related comprehensive services.

After incorporation on 15 October 1985, Pawan Hans' first commercial flight for ONGC started on 6 October 1986 for offshore rigs from Juhu Airport, Mumbai with two helicopters. Helicopter operations were almost never done by Indian companies when Pawan Hans was formed and expertise for the sector was also very limited. Within a year of commencing operations, Pawan Hans replaced all the foreign helicopters operating in ONGC, resulting in the exit of highly valued foreign exchange and saving in the national interest.

Today, Pawan Hans is not known simply because it has completed more than a million hours of flying and has made significant contributions to offshore / onshore and landing millions of times for monitoring in the E&P sector. In fact, with a larger view, Pawan Hans has given a sense of satisfaction with linking these areas with the main stream of the nation by providing reliable connectivity to the North Eastern states as well as Andaman and Nicobar Islands and Lakshadweep Islands and many other remote areas of the country. Is also provided.

The power of multi-dimensional expertise

Pawan Hans has also contributed to high-level micro-flight operations for hotline washing of transmission tower transformers. Washing operations are carried out by helicopters hovering in the sky, while the power transmission network continues without interruption. The commitment to carry passengers to their desired destination for heli-pilgrimage and scenic services with full facilities and safety is also under the activities of tourism promotion. In addition to the transportation of the most important persons, various and highly risky operations such as search and rescue operations for disaster management authorities and aerial assistance to maintain internal law and order are also carried out by Pawan Hans. Joy Rides, Marriage, Birthday, Product Launch, by Pawan Hans Limited for the development of travel and tourism in India

The nature of the financial performance of Pawan Hans Limited is such that 51% of its shares are owned by the Government of India and 49% is held by ONGC. In view of the rapidly growing demand for helicopter services in India and its approach, Pawan Hans Limited has been undertaking human resource development through its Pawan Hans Helicopter Training Institute. The institute offers state-of-the-art pilot training courses at various levels of experience and expertise, as well as world-class training facilities for students in various fields of maintenance to pass the Directorate General of Civil Aviation license examinations.

Aviation safety - the most prominent of all activities

National Aviation Safety and Services Institute has been set up by Pawan Hans Limited for promotion of enthusiasm regarding safety standards of helicopter operations, where aviation not only through state-of-the-art and high-level human resource development, R&D and continuing education programs. The basis of safety is laid but with new standards of safety as per global standards Has also provided assistance in Ratipadn. There are plans to not only add more helicopters to the existing fleet of 43 helicopters as planned for the foreseeable future, but to start other aviation institutes in the country, develop heliports and helipads and establish uniformity with the global aviation leadership There are also plans to be made.

Today, the work done by Pawan Hans Limited for the benefit of the society out of the ambience of its services in the journey of 30 years is not limited to helicopter services. Pawan Hans is now working on a plan to diversify its operations through the development of heliports / helipads, services launched shortly by using small aircraft with Amphibian and fixed wings, which suggests that Pawan Hans It is adapting itself to suit the needs of society.

New Delhi: Pawan Hans Limited has launched its performance outlook 2018 with an objective of 'Wings of Connectivity' along with its mid & long term organisational comprehensive business outlook to be a 100 Helicopter Company by 2025. The Booklet was launched by Dr.B.P Sharma, Chairma
Posted Date :  04-07-18